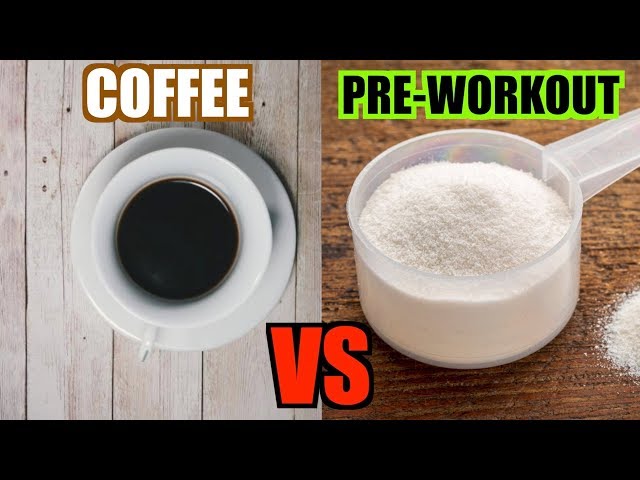 If you’re like most people, you probably enjoy starting your day with a cup of coffee. But did you know that coffee can also be a great pre-workout drink? Read on to learn more about the benefits of coffee as a pre-workout and how to make the perfect cup to fuel your workout.

Coffee is one of the most widely consumed beverages and can be an ideal pre-workout drink when consumed in moderation. Coffee has several beneficial properties due to its caffeine content that can help to increase energy levels, mental focus and muscle endurance. This makes it the perfect natural supplement to help you power through even the toughest workouts with greater ease.

However, not all coffees are created equal, and it’s important that you understand which types are best for boosting performance during a workout, as well as which ones could have negative consequences on your physical health. This guide will provide an overview of some of the great benefits that coffee can offer you before a workout, as well as tips and tricks for getting the most out of your cup of joe.

Pre-Workout is essentially a type of dietary supplement that is aimed to boost performance and endurance during a workout routine. It typically contains various ingredients such as caffeine, B-vitamins, amino acids, protein and herbs. Consuming pre-workout has several benefits, such as improved muscle strength, increased stamina and increased mental focus. Pre-workouts can also help with recovering faster after a workout session by improving your body’s ability to recover.

Coffee is one of the most widely consumed pre-workout drink due to its natural stimulant effects of the caffeine content found in it. Caffeine acts as an ergogenic aid (i.e., performance enhancer) by helping reduce fatigue and increasing alertness and focus; making it easier to endure your workout routine while enhancing your overall performance while at it.

Additionally, Coffee also contains other nutrients such as antioxidants that help protect the body from free radical damage; minerals & vitamins which are essential for energy release within the muscles during exercise; proteins which boosts anabolic metabolism to increase muscle growth & repair; and carbohydrates which helps give you the energy you need for exercise.
Therefore, If you are looking for a natural way to get an energy boost before a workout session and possibly improve your overall performance – drinking coffee prior to working out is worth considering.

Benefits of Coffee as a Pre-Workout

Coffee can be a great pre-workout option if you want an energy boost before you hit the gym. Coffee has been linked to boosting performance, endurance, and focus during workouts. It is also a great way to get your morning caffeine fix. In this article, we’ll look at the benefits of using coffee as a pre-workout and how you can incorporate it into your daily routine.

Caffeine acts as a stimulant, providing a much-needed surge of energy and alertness when working out. It helps to activate the release of adrenaline – a hormone that is known for triggering fat burning and muscle building. Caffeine can also improve physical performance for aerobic and anaerobic activities by enhancing focus, endurance, speed and power output. This makes caffeine a great choice before intense workouts or sporting events. Furthermore, caffeine intake has been found to reduce the amount of perceived effort during exercise, so you can push yourself further and get better results in less time!

Consuming coffee before exercise may help to boost fat burning and reduce muscle pain during workouts. Caffeine has been shown to increase the body’s production of adenosine triphosphate (ATP), a compound and energy source used to power muscle contractions. As such, caffeine can provide an energy boost that helps you work out longer and more intensely, lifting more weight or running for further distances. Moreover, research suggests that caffeine may increase the use of fatty acids for fuel during exercise, resulting in a greater reliance on fat as an energy source rather than carbohydrates or protein.

When consumed before exercise, coffee can give you an energy boost so that you can perform better during your workout. Research has found that caffeine consumption of higher doses in the range of 2 to 9 mg/kg body weight enhances physical performance, particularly endurance-based activities. Caffeine may increase strength and power output by enabling reduced perception of pain and fatigue while exercising, as well as stimulate greater firing of neurons throughout the nervous system.

Caffeine is also thought to increase fat oxidation during exercise by stimulating the core muscles to use more fatty acids for energy rather than carbohydrates. In addition, caffeine has been linked to improved alertness and focus during physical workouts, allowing a person to be more in tune with their body for optimal performance. Together, these factors can make an individual’s exercise experience much more enjoyable and efficient.

Coffee is often used as a pre-workout for athletes and fitness enthusiasts, but there are some potential drawbacks to consider. Caffeine can have a diuretic effect, meaning it can cause you to lose water, electrolytes, and vital nutrients. Additionally, too much caffeine can cause increased anxiety and adrenal fatigue. This article will explore the potential downsides of using coffee as a pre-workout.

Consuming coffee before working out can put stress on your body and potentially lead to a range of side effects, including jitters. Caffeine is a stimulant, know to increase energy levels, which can make some people jumpy or anxious. Over-consumption of caffeine can also disrupt sleep patterns and cause restlessness. In general, caffeine should be consumed in moderation to avoid any negative effects.

Consuming too much caffeine can also increase heart rate and blood pressure beyond healthy levels for exercise. It is important to monitor your pulse throughout your workout session if you have consumed caffeine before exercising as it could put additional strain on your cardiovascular system. People with an underlying heart condition are generally advised not to use coffee as a pre-workout drink and to always consult their doctor first.

Can lead to dehydration

Coffee is known to stimulate diuresis, which could lead to dehydration if you don’t take extra steps to ensure your body is properly hydrated. Caffeine is a diuretic and can cause the body to excrete more water than it takes in. This can lead to a decrease in electrolyte levels, particularly sodium and potassium. It’s important to drink plenty of fluids throughout the day, not just when you consume coffee. Drinking plenty of water or sports drinks before and after exercise can help replace electrolytes while avoiding the potential effects of dehydration.

Despite its energizing effects, coffee may also cause you to feel too awake, resulting in difficulty falling asleep or staying asleep at night. Drinking coffee too late in the day can make it harder to fall asleep and reduce the quality of your sleep. This may contribute to feelings of grogginess and irritability the next day.

In addition to impacting your sleep directly, caffeine consumption can also affect hormones associated with sleep — such as melatonin — which are responsible for regulating your internal body clock. Therefore, if you’re regularly drinking coffee shortly before bedtime, it’s important to pay attention to any changes in your sleep schedule and circadian rhythm. Caffeine has a half-life of 5–6 hours, meaning that it takes this amount of time for half of its original dose to be eliminated from your system — so try not to drink coffee within this amount of time before bedtime.

In conclusion, coffee can be an effective pre-workout fuel source, given the right timing and dosage. Quickly metabolized and portable, it is an excellent source of carbohydrate nutrition that will help keep you energized for a good workout. However, because caffeine affects everyone differently, it is important to experiment beforehand to get the dosage and timing just right for you. Additionally, if you are pregnant or have any other medical condition that may be affected by caffeine intake, it is important to speak with your doctor before using coffee as a pre-workout supplement. 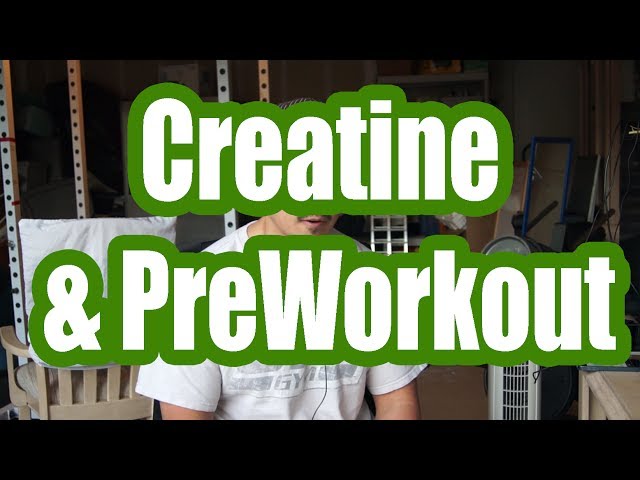 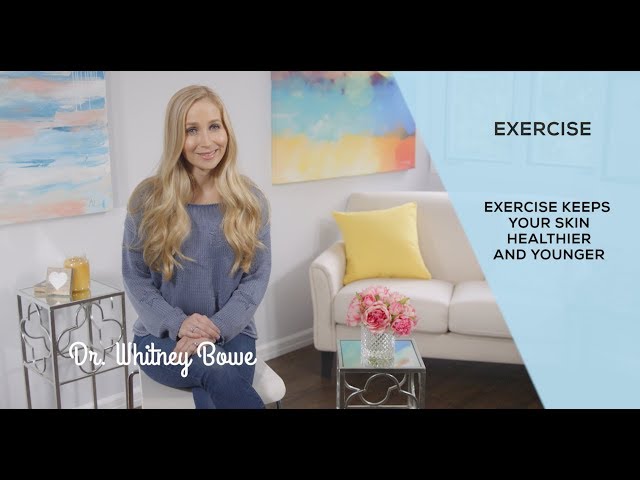 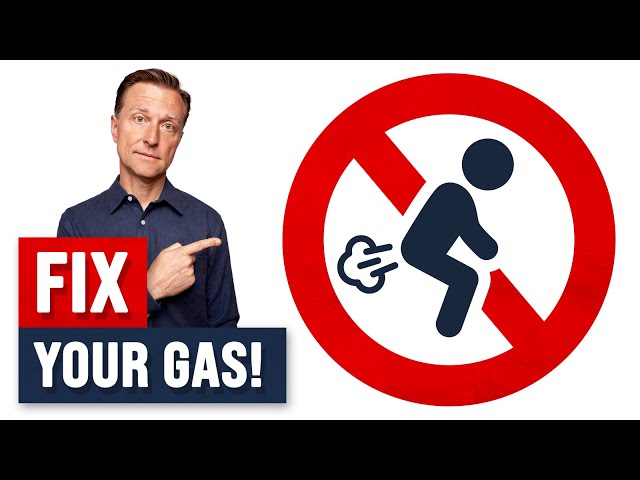 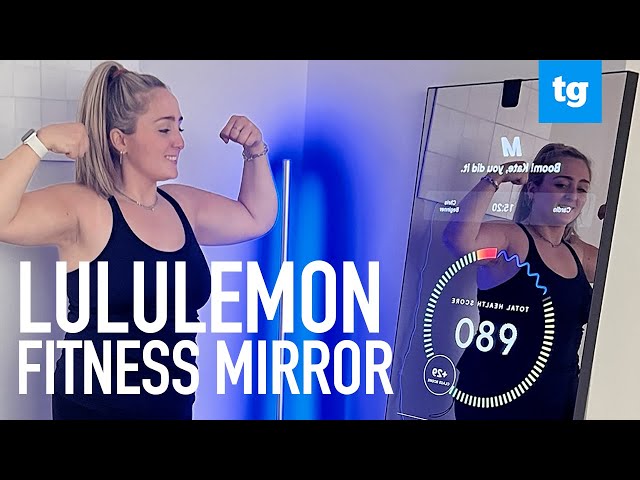 ContentsIntroductionOverview of the MirrorFeaturesDesignPricePros and ConsProsConsAlternativesConclusion In-depth look at the new Workout Mirror, a smart home gym device that offers on-demand fitness classes. Introduction Working out from home has grown in popularity in recent years to provide people with the convenience and cost savings of not having to join a gym. One convenient way to… 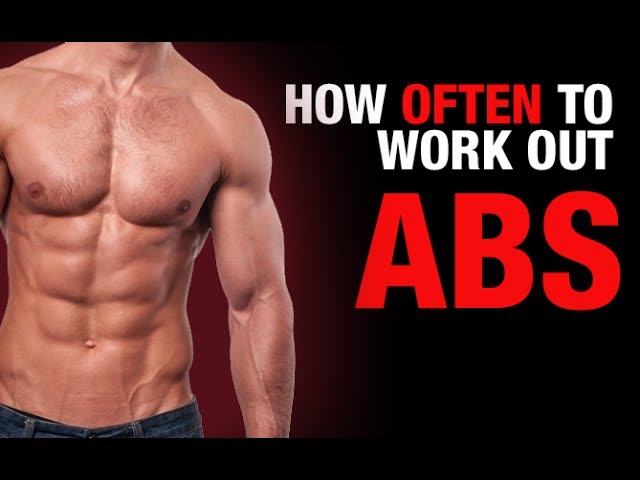 ContentsBenefits of Abs WorkoutsImproved Core StrengthImproved PostureImproved BalanceWhen to Do an Abs WorkoutMorningAfternoonEveningTips for Doing an Abs WorkoutWarm-upUse Proper FormCool DownTypes of Abs WorkoutsPlanksCrunchesRussian TwistsConclusion There’s no one-size-fits-all answer to this question, as the best time to do an abs workout depends on a number of factors, including your fitness goals and schedule. However, there…