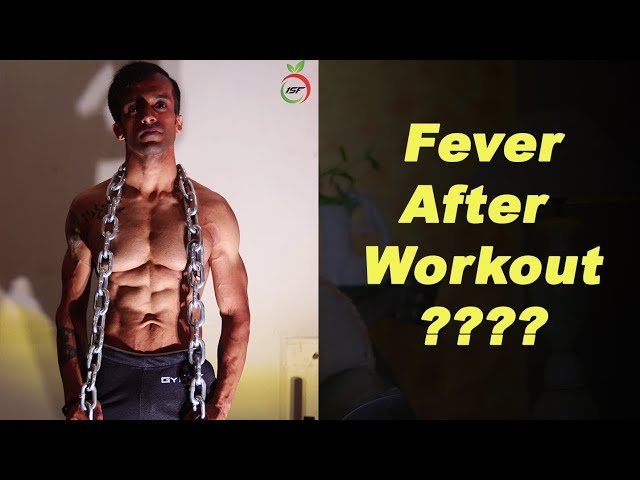 Can you get a fever after a workout? It’s a common question, and the answer may surprise you. Read on to learn more.

Exercise is an important component of a healthy lifestyle, and it can have many positive effects on your mind and body. However, exercise can also put strain on your body, so it’s important to understand the risks involved. One potential consequence is that you may experience a fever after a workout. This article will discuss the possibility of getting a fever after exercise and what you should do if it happens to you.

What is a Fever?

A fever is a body temperature that is higher than normal. Fevers are usually caused by an infection, as the body is trying to fight off the infection by raising its temperature. In some cases, it is possible to get a fever after a strenuous or intense workout. In this article, we’ll look at the causes and effects of a fever after a workout.

What is a Normal Body Temperature?

The average normal body temperature is a range rather than a specific number. People’s temperatures can vary depending on the time of day, age, activity level, and current health. Generally, a person is considered to have a fever when their body temperature is higher than 100.4 degrees Fahrenheit (38 degrees Celsius). A temperature over 103 degrees Fahrenheit (39.4 degrees Celsius) generally requires medical attention. Other signs of fever may also include: shivering, sweating, feeling very hot or cold to the touch, hunger, thirst, fatigue and physical weakness. Any fever lasting more than three days should be reported to your doctor for evaluation. In some cases medications or other forms of treatment can help reduce the severity and duration of the fever.

What are the Symptoms of a Fever?

A fever is a rise in body temperature that is higher than normal. It is one of the body’s natural responses to an infection or illness. Fevers can be short-lived, lasting only a few hours or days, or longer-lasting, persisting over weeks or months. Generally speaking, an adult has a fever when their body temperature rises above 37.5–38°C (99.5–100.4°F). A child may be diagnosed with a fever if their temperature reads higher than 37.2–37.5°C (99–99.5°F).

Common symptoms associated with having a fever include feeling hot or flushed, chills, aches and pains throughout the body, dehydration, fatigue and loss of appetite. Unless accompanied by other symptoms such as difficulty breathing and chest pain that could indicate a more serious infection or illness it may not be necessary to seek medical attention for fevers under 38°C (100 °F). In this case taking over-the-counter drugs like ibuprofen can be effective in reducing the discomfort caused by the fever while it runs its course and allowing people to resume activities as soon as they are feeling better again.

Can You Get a Fever After a Workout?

How Does Exercise Affect Your Body Temperature?

Exercise can increase your body temperature, and if done to extremes, it can cause a fever. It is not the exercise itself that causes the fever, but the excessive heat production that accompanies strenuous activity. Generally, a fever is caused by an overproduction of heat in response to temperature changes or exposure to certain germs and viruses. When we exercise, our bodies generate more heat, so it is possible to get a fever after extreme physical activity if the body has difficulty dissipating that excess heat.

The body has several mechanisms for regulating its temperature – including sweating and vasodilation – but these require time for adaptation when we exercise intensely at higher-than-normal temperatures. In some cases these mechanisms may struggle to cope with the additional demands placed on them and an internal fever is produced as a result of excessive heat production. The internal core body temperature can rise as much as 2oC during this ‘hyperthermic’ state which increases metabolic demand further and in turn produces more heat yet again.

Therefore, it is very important to allow ample time for rest after exercising in order to allow your body’s cooling system time to readjust back to pre-exercise temperatures without any ill health effects such as inducing a prolonged bout of fever or hypotension (low blood pressure). Additionally, staying hydrated while exercising helps mitigate some overheating problems due to Sweating needing Evaporation – thus Hydration prevents Heatstroke by acting as an external radiator to dissipate excess calories quickly away from the human core housing all vital organs; if any of which fail due to overheating then death may occur during any hyperthermic event!

What Are the Causes of Post-Exercise Fever?

Post-exercise fever can occur for several reasons, with the most common being overexertion or dehydration. Other possible causes include response to an infectious organism that was introduced during exercise and immune system reaction to the muscle tissue damage that often occurs with physical activity. In some cases, the cause of post-exercise fever is unknown.

Overexertion during exercise, particularly when significant amounts of lactic acid have been accumulated in the body, can cause fever shortly after a workout has ended. This type of post-exercise fever is often accompanied by chills and muscle ache as well as headache and general fatigue. It usually resolves itself within 12 to 24 hours without requiring medical treatment. Drinking plenty of fluids at this time helps to restore hydration and reduce fever symptoms.

Dehydration due to sweat loss during a workout session can also result in elevated body temperature after that activity has concluded. It’s important to have enough water or a sports drink on hand during exercise in order to keep the body sufficiently hydrated throughout the duration of physical activity, thus avoiding post-workout dehydration issues and decline in body temperature control mechanisms which could lead to fever development afterwards.

In some cases, infection may be the underlying cause for post-exercise fever, usually as an outcome from exercising in unsanitary environments as well as from direct contact with contaminated surfaces which happened while doing your regular fitness activities outside or indoors (e.g., at a gym). If possible infections aren’t treated early and properly, they could easily turn into a more serious condition characterized by high-grade febrile state accompanied by other symptoms like sore throat and pneumonia depending on what microorganism is causing it.[1] Additionally, an immune system reaction such as inflammation resulting from excessive muscle damage caused by intense exercise may also contribute towards symptom onset in some individuals,[2] manifesting itself through signs including fever shortly after completing that sport session

How to Prevent Post-Exercise Fever

Post-exercise fever, also known as exercise-induced hyperthermia, is a common condition that can occur after intense physical activity. It is characterized by a rapid rise in body temperature, usually accompanied by fatigue, headache, nausea and other symptoms. Fortunately, there are a few steps that can be taken to prevent post-exercise fever and its associated symptoms. Here’s what you should know.

One of the most important things you can do to prevent a post-exercise fever is to stay adequately hydrated. Drinking plenty of fluids, specifically water and electrolyte-replenishing drinks, is key for proper hydration. This can help you avoid dehydration, which can lead to a fever after exercise. Make sure your pre-workout drink has at least 14 ounces of water and 40 milligrams of sodium per eight ounces.

Be sure to also monitor your electrolyte levels during exercise, as well as your body temperature. Your body sweats out essential minerals and fluids in order to keep cool during physical activity, so replenishing yourself with a healthy balance of potassium and sodium will help regulate your body’s internal temperature after exercise while helping you maintain peak performance during workouts.

It’s also important to note that the volume and intensity of exercise you’re engaging in may affect how much fluid you need in order to stay properly hydrated. Generally speaking, athletes engaging in strenuous activities lasting more than an hour should consume approximately one liter (32 ounces) per hour for optimal performance and recovery. As always, be sure to consult with a doctor before starting any new fitness regimen or making nutrition changes

When exercising, it is important to wear clothing that can effectively keep you cool and dry. Too much sweat left on the body for long periods of time may lead to post-exercise fever, as well as other illnesses. Opt for lightweight clothing that is preferably made with moisture-wicking material. This type of fabric will quickly wick away excess sweat from the body and keep you feeling drier and more comfortable throughout your workout session. Additionally, loosen up any tight clothing to allow more air circulation within your clothing which will help reduce the chances for a post-exercise fever. A baseball cap or hat may be beneficial in providing additional protection from the sun and helping regulate body temperature during exercise or outdoor activities. Finally, many people choose to put on a layer of sunscreen when spending extended periods outdoors in the heat; not only does this help protect against damaging UV rays, but it helps create a protective barrier against excessive sweating and subsequent illnesses.

One of the simplest ways to help prevent post-exercise fever is to take regular breaks during strenuous physical activity. If you’re pushing yourself to reach a specific goal or increase your performance level, consider taking breaks throughout your workout to allow your body time to rest and recover. Taking regular breaks helps prevent overexertion which can lead to an increase in body temperature and possibly fever. It’s important not to overdo it – listen to your body and stop when you start feeling overly tired or too warm.

Additionally, make sure that you hydrate and fuel correctly before, during and after exercise – this will help keep your temperature regulated so it doesn’t elevate too much and cause a fever. Consuming adequate amounts of water before, during and after exercise will help replenish electrolytes as well as reduce fatigue related from dehydration that can increase body temperatures. Additionally, fueling with carbohydrates during extended bouts of physical activity can help regulate glucose levels so energy production is consistent during exercise and the stored energy isn’t depleted too quickly, leading to a rise in body temperature.

In conclusion, it is possible to get a fever after a workout. This is known as exercise-induced fever, and can be caused by either intense and/or extended periods of exercise. It is important to pace yourself appropriately when working out, drink enough water to stay hydrated, and rest adequately when needed in order to avoid this condition. Exercise-induced fevers can be mild or severe and will usually resolve within a day or two as long as the symptoms are properly managed. If you feel you may be suffering from an exercise induced fever, it is best to consult your doctor for proper diagnosis and treatment. 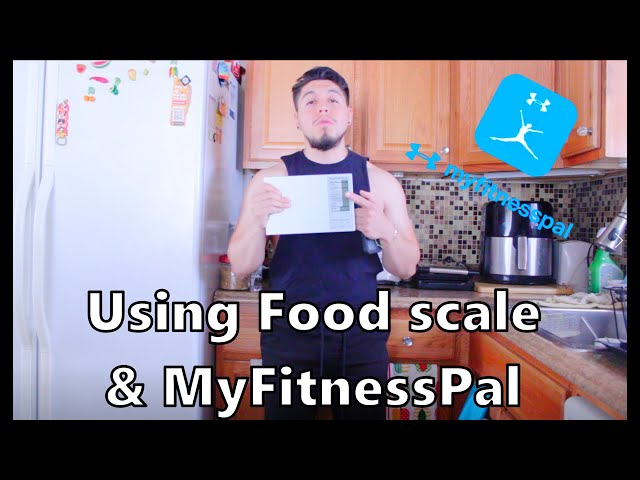 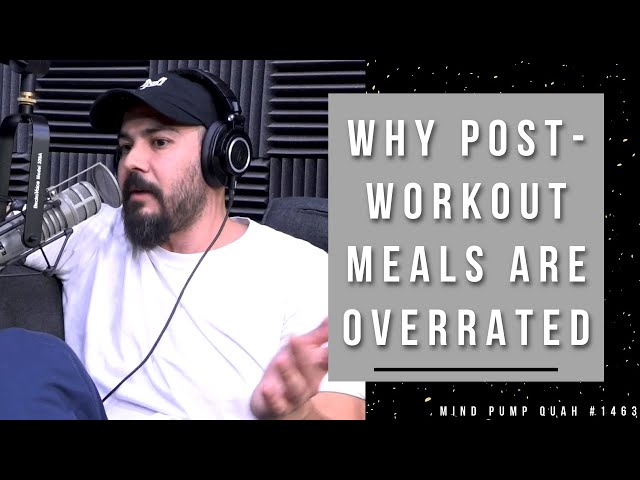 ContentsIntroductionBenefits of Post-Workout NutritionImproved Recovery and Reduced Muscle SorenessImproved Performance and EnduranceImproved Muscle Growth and StrengthWhat to Eat After a WorkoutProteinCarbohydratesFatTiming of Post-Workout NutritionConclusion It is often said that breakfast is the most important meal of the day. However, when it comes to working out, is a post-workout meal just as important? Introduction When it… 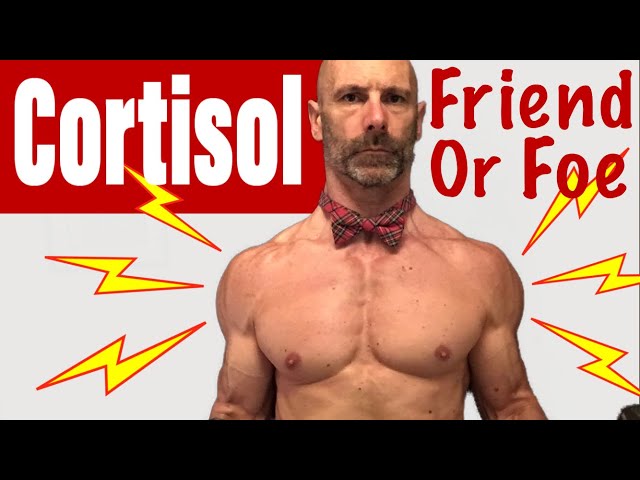 ContentsIntroductionWhat is Cortisol?How Does Cortisol Affect the Body?Does Working Out Increase Cortisol Levels?Benefits of Exercise-Induced CortisolRisks of Exercise-Induced CortisolHow to Manage Cortisol LevelsDiet and NutritionSleep and Stress ManagementSupplementsConclusion Does working out raise your cortisol levels? Find out how to manage your stress hormones for optimal fitness and health. Introduction Cortisol is often called the “stress… 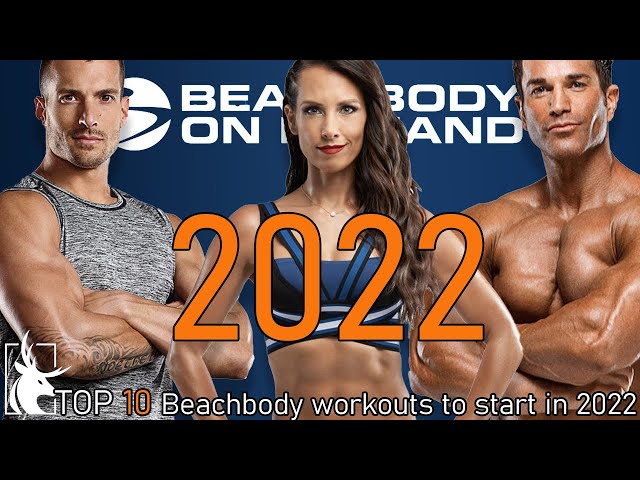 ContentsIntroductionWorkout ProgramsP90XInsanity21 Day FixCore de ForceBody BeastPiYoCizeBrazil Butt LiftTurboFireHip Hop AbsShaun T Dance WorkoutsNutrition ProgramsConclusion Are you looking for a workout program to help you get in shape? Check out our list of Beachbody’s most popular workout programs. Introduction The Beachbody Company is an established leader in providing effective and efficient workout programs that help… 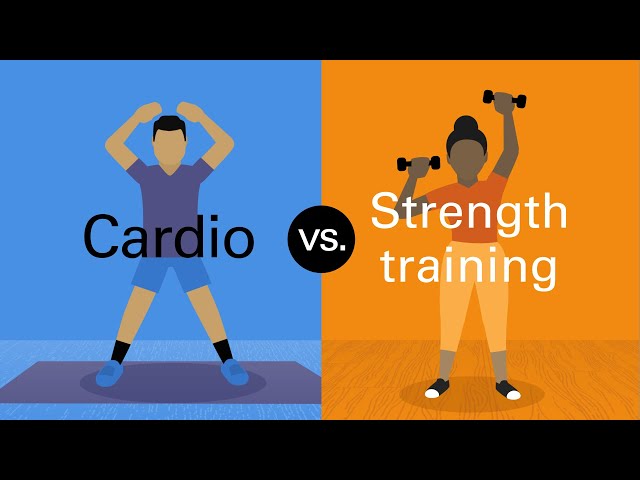